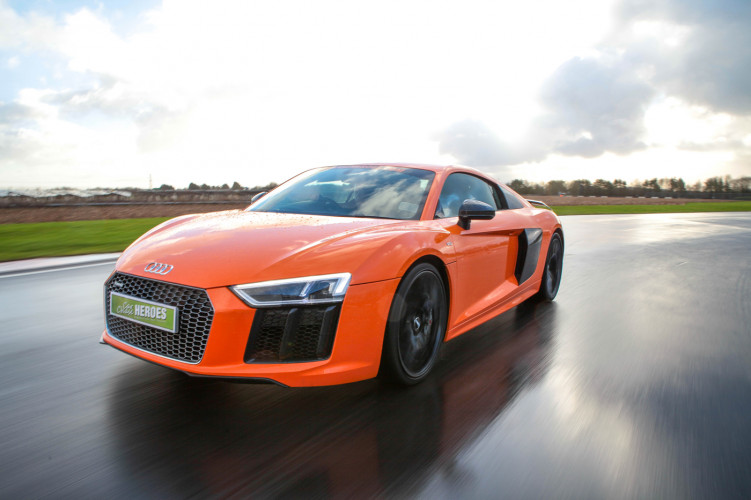 Super Car. You think Ferrari, Lamborghini, McLaren, but no one really think's Audi. Well they should! This is the car, that is an everyday super car and it's an important one in history for me.

I drove the first V10 R8 back when it was first released in 2009 and was so impressed that it became one of my all-time favourites. On the outside, granted it's a bit sedate, but I like to think of the Wolf in Sheep’s clothing scenario.

Now: the everyday super car, people look and instead of a smile, in this country people scowl. The cardigan wearing middle age Dacia Sandero driving 'finger pointer'! Imagine, you’re at the local petrol station in your R8 and remember this is Britain, so the bloke invariably says, “I bet you don’t get many miles to the gallon out of that.” Or “I can get more in the boot of my Dacia Sandero”, or — and this is the one I’ve always hated most of all — “Where the hell can you ever drive a car like that?” Instead of being rude, we smile sweetly and try our hardest not to put the nozzle down his trousers and set him on fire.

He is quite right, though. You can’t really open up a supercar these days because the bitter and twisted, mealy-mouthed Dacia-driving, caravan and cycling enthusiasts have taken over the town halls and set speed limits at 10 mph, because they can!

Which brings us back to our friend in the cardigan-and-Dacia combination and his question: “What’s the point of a 1,000-brake horsepower, mid-engined, fire-breathing rip-snorter when you are forced to travel at the same speed as a dog or a rabbit?”

He's missing the point and so is everyone that overlooks this car and considers it a 2nd rate Gallardo!
The Audi R8 V10 Plus is........well it's fast! Powerful, sounds incredible and it puts a big smile on your face. As all its major rivals move towards turbocharging, Audi is clinging on to that big 5.2-litre naturally aspirated V10 like the crazy-seeming guy that we all hope will turn out to be right at the end of the movie. If you want an epic wall of torque and the thumping BPM spike that can deliver, go ahead to the AMG GT showroom or the 911 Turbo S dealer. But if you want instant throttle response, a multi-vocal thrash metal symphony and the thrill of chasing the dragon all the way to the 8,250rpm power peak then the R8 V10 Plus deserves your attention.

Come and try my number one choice!