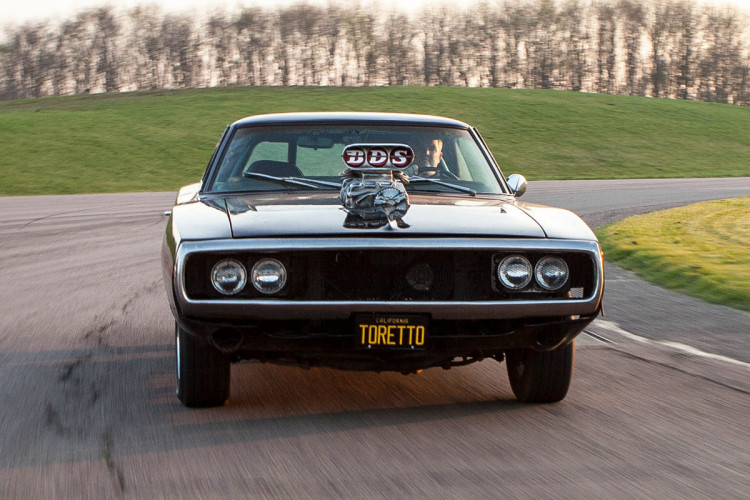 Dodge, founded as the Dodge Brothers Company machine shop by brothers Horace Elgin Dodge and John Francis Dodge in the early 1900s, Dodge was originally a supplier of parts and assemblies for Detroit based automakers and began building complete automobiles under the "Dodge Brothers" brand in 1914. It was when Chrysler bought the company however that they then started putting muscle cars on the map. The Charger has been synonymous with pure muscle car magic, the Detroit muscle car scene was huge in the late '60's and '70's.

This 1970 Charger R/T is one of the major cars driven in the Fast and Furious movie franchise by 'Dominic Toretto', making its first appearance in the 2001 film 'The Fast and Furious'. Rated around 900 horsepower, it ran a 9-second flat quarter-mile time at Palmdale Speedway. Dom states there was so much torque that the chassis twisted coming off the line and his father barely kept it on the track.

Come and jump in the beast!

Made Famous By - The car featured in the Fast and Furious film franchise.

Absolutely brilliant day. Childhood dream fulfilled, particular thanks to Chris my instructor brilliant guy and made my day even better!