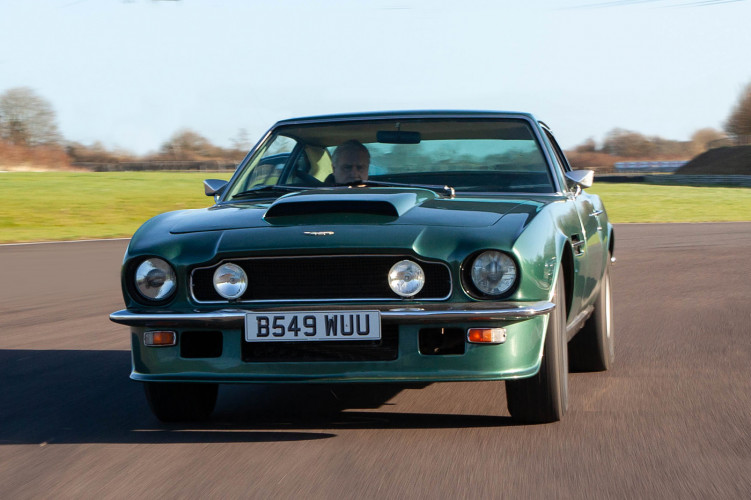 Aston Martin, the epitome of British Luxury and the classiest looking car on the road for the best part of 60 years.

It is the Grand Tourer of Grand Tourers and James Bond's choice of vehicle to boot! Bond has had a close association with Aston Martins for decades, and he got behind the wheel of a V8 Vantage previously in the 1987 movie The Living Daylights where Timothy Dalton played 007.

Have to say, that Timothy Dalton for me encompassed everything that Ian Fleming was trying to get across, when telling the story of the semi-fictional secret agent, when Dalton was playing the character. It’s the same when we talk about this V8 Vantage. Ok, not everyone’s 'cup of tea', however it was at the time the high end of British motoring and the lines with the more masculine look was so British, for that period in time and it was a perfect mix of beauty and aggression, housing that thunder roaring V8 power unit.

Take a trip as James Bond, or down memory lane, but this is not one to miss.

Made Famous By - The car apeared in the film 'The Living Daylights'.

Had a great, day Tom Reed was great I would highly recommend them.