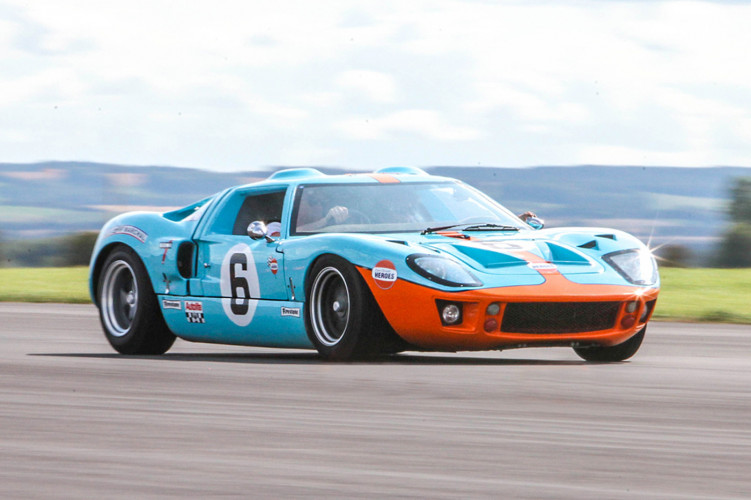 Henry Ford II had wanted a Ford at Le Mans since the early 1960s. In early 1963, Ford reportedly received word through a European intermediary that Enzo Ferrari was interested in selling to Ford Motor Company. Talks were cut off due to Ferrari, who wanted to remain the sole operator of his company's motor sports division was told they would not be allowed to compete at the Indie 500 and compete with Ford's own cars.  Enzo cut the deal off out of spite and Henry Ford II, enraged, directed his racing division to find a company that could build a Ferrari-beater on the world endurance-racing circuit. After a time, Ford turned to Carroll Shelby and the rest as they say is history.

The Ford GT40 is surely one of the most famous and iconic racing cars of all time, winning the World's greatest race: The LeMans 24 Hours 4 times in a row, 1966, '67, '68 and '69! The name GT40 is not random and comes from the cars tiny body that is only 40 inches off the ground! The MK II's first victory at Le Mans in 1966 came from Bruce McLaren and Chris Amon and it continued to dominate for the next four years.

This is your chance to drive a re-creation of one of the greatest racing cars ever built!!