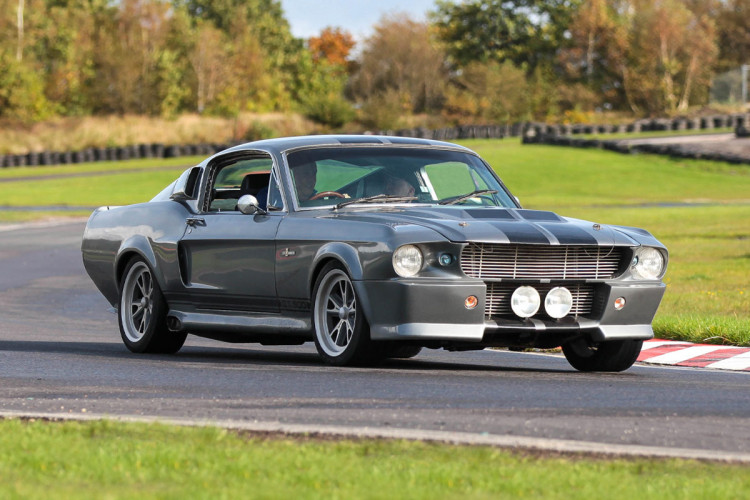 Mustang, the first 'pony' car, the original you could say. Yes, it's true, some would call it a muscle car, but they would be wrong. This car wasn't just about simply power and straight-line speed, it was about something else.......highly styled, performance orientated and something that would compete with the European competition.

The Shelby Mustang GT500 or 'Eleanor' as it is known in the smash hit film from 2000 'Gone in sixty seconds'. The car was based on a 1967 Ford Mustang Fastback. The new look of the car was created by famous illustrator Steve Stanford and embodied by famous coach builder and designer from Californian Chip Foose.

This is the car that Randall "Memphis" Raines has such an affection with, almost being killed by it numerous times. It is his 'unicorn', a symbol of purity and grace, impossible to be captured. This is the opportunity to drive this amazing vehicle, to be part of the history and the movie hero!

"It is one of the most beautiful american classics out there. Sheer elegance all wrapped around a V8 powerplant that sounds like the devils answer to The Flower duet by Leo Delibes"

Made Famous By - The car apeared in the 2000 film 'Gone in Sixty Seconds'.

Absolutely fantastic experience with a great instructor (Gary). Will definitely be back for more.

What a brilliant day, got given this driving experience for my birthday and it's a day I will never forget, from start to finish a very well organised day and the staff cannot be faulted, all very helpful and knowledgeable, massive selection of cars to choose from, cant wait to book my next trip

Brilliant thanks so much for a great experience! Thanks to Dan the instructor also.