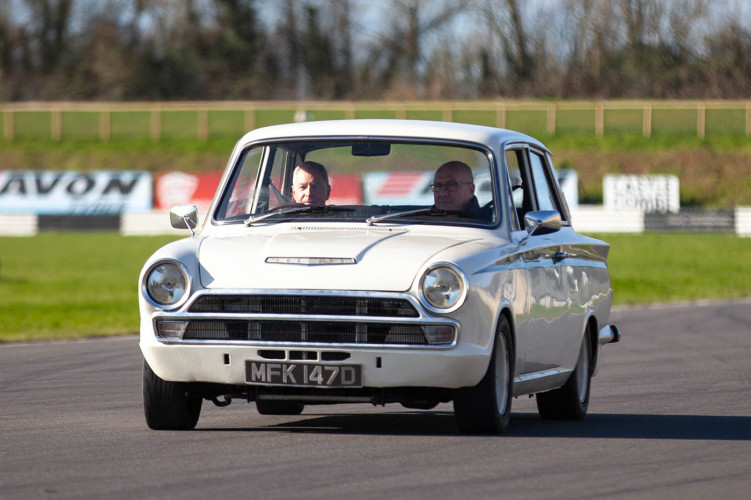 The Ford Cortina in the early 60's, was a recognised family saloon car. Inconspicuous, uninspiring and bland but not as bad as some of the really rubbish cars around at the time.

Ford instantly recognised that there was something else they could do with this car and so they attempted to take an ordinary car and turn it into something exceptional. Ford decided to hand over the car to Lotus founder Colin Champman to work his magic on it. In 1963 the Ford Cortina Lotus was born - thankfully more recognisably known as the 'Lotus Cortina', with a road going version and a race trim version. The road going car revving to 8,000 RPM singing all the way to 108mph was like a rocket ship in the day and the race trim version eaking out to 145mph.

Colin Champman was successful in shaking off the family image and handed the car to non-other than Jim Clark, the recently crowned Formula 1 champion, who moonlighted as a Touring Car driver when time would permit. The car was as versatile as Clark, competing in rallying as well as Touring Car races. Jim Clark would make the car famous and Bruce Reynolds (The Great Train robery) would make the car infamous, using the car to get away once the heist was complete!

So a brilliant car, an iconic car of the era and one that is recognised as a true British Icon! Come and drive our evocation of the 1963 Lotus Cortina.