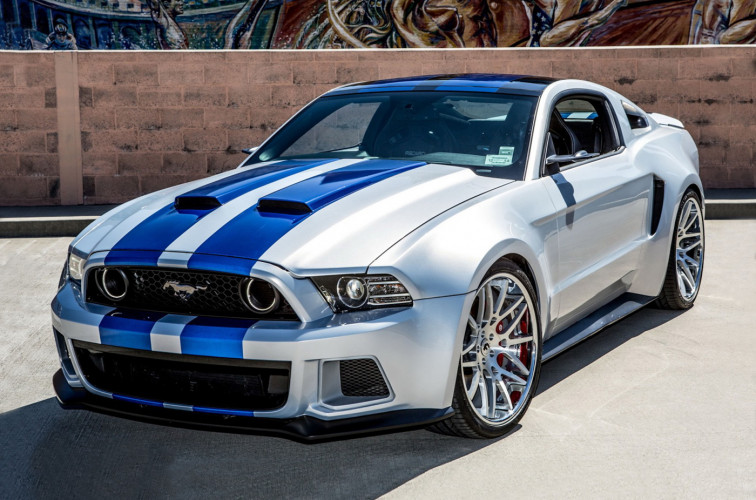 Carroll Shelby was a legendary American car racer in the late 1950s, but his true skill shined as a gifted car designer who created some of the best performance-based American cars beginning in the mid-'60s. He continued to design until the day he passed away in 2012. In fact, he had been working on the 50th anniversary edition of the Ford Mustang when he died. His car designs are as beautiful as they are powerful and factory stock versions of his cars will blow the doors off most of the competition.

Just like Tobey Marshall, you now have the chance to take to the track in this thrilling car. Liveried just like his car from the 2014 hit film 'Need for Speed', unleash the power for the V8 monster and leave everyone in your wake!

"When a carmaker shuts half a racetrack and fills the other half with cones and warnings of impending doom, to stop you from extending the car to its limits, you know those limits are just too high. For the health and safety people, at least."... Pat Devereux

Made Famous By - 2014 Need for Speed movie staring Aaron Paul.