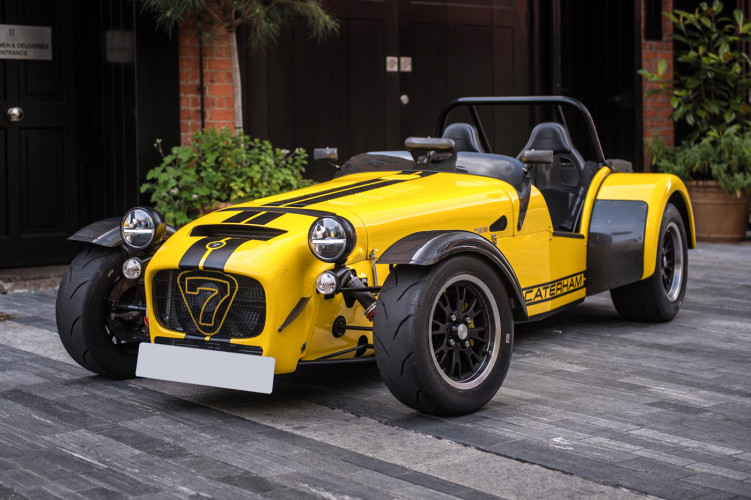 The Caterham or Caterham 7 is a super-lightweight sports car based on the Lotus Seven which was produced from 1957 to 1972. After Lotus ende production, Caterham bought the rights to the design and they make both kit and fully assembled cars.

The Lotus Seven was designed by founder Colin Chapman and has been considered the the embodiment of the Lotus philosophy of performance through low weight and simplicity. The original model was highly successful with more than 2,500 cars sold,due to its attraction as a road legal car that could be used for clubman racing.

A fantastic trackday car, with all the power to weight ratio that you would need, the 620R variant having more than a Bugatti Veyron! Come try your hand at this impressive piece of British engineering.